Institute for Historical Sciences in Zadar

Nenad Cambi, F.C.A. was reappointed head of the Institute of Historical Sciences of the Croatian Academy of Sciences in Zadar for a period of four years, starting on November 5, 2020.

Tado Oršolić, Ph.D. was reappointed director of the Institute of Historical Sciences of the Croatian Academy of Sciences in Zadar for a period of four years, starting on June 2, 2019.

By actively acting in the scientific and cultural field, the Institute has left a lasting contribution to the overall Croatian scientific heritage. He has collaborated and collaborates with many scientific, cultural and social and ecclesiastial institutions in Croatia and abroad (BiH, Germany, Russia, Bulgaria, Poland, Austria, Italy, France, England). Cooperation is most prolific with the University of Zadar and its employees: in teaching and scientific and research work, various participations in the organization and co-organization of scientific meetings and colloquiums, and editions of proceedings and monographs. The Institute also cooperates with other institutions Matica Hrvatska – Zadar, State Archives in Zadar, Zadar Archdiocese, museums in Zadar, The City of Zadar and Zadar County, but also with many other cultural institutions and societies, schools, associations and municipalities of Zadar County. 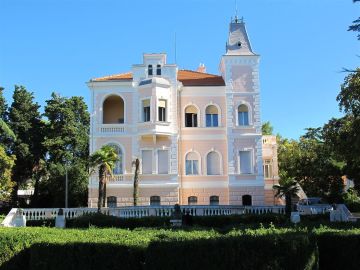 Seat of Institute for Historical Sciences in Zadar