In the very beginning, after the foundation in 1861, the Academy did not have an adequate permanent seat; it was first located at the building belonging to the present-day Natural History Museum, and subsequently at the National Hall in Opatička Street. Gradually, after having established the Library and the Archives as well as donated the works of art in 1868, Strossmayer started developing the idea of the need to build an appropriate seat for both the Academy and the Art Gallery. Hence, in 1875, the bishop donated to the (then) Yugoslav Academy of Sciences and Arts the amount of 40,000 florin for the building of the Academy Palace with premises for the Strossmayer Gallery*. It was only that year that Strossmayer had entrusted the drafting of the project with the famous Viennese architect Friedrich von Schmidt (Frickenhofen, 1825 – Vienna, 1891). The original location envisaged for the erection of the palace had been the plateau opposite to the secondary modern school at Grič**; however, this proposal was soon abandoned due to the resentment expressed by the inhabitants. In 1876, the City Committee for the Academy Location decided upon building the Academy at the south side of the Zrinski Square, which was one of the options proposed. Bishop Strossmayer approved of this decision.

Considering the change of location, Schmidt had drafted a new project for the Academy Palace in 1877; his pupil and assistant in the project was Hermann Bollé (Köln, 1825 – Zagreb, 1926). According to this new project, the building was designed in the neo-Renaissance style and planned considerably larger due to the need to accommodate the Archaeological Museum collection. In the same year, the building itself had commenced; the work was managed and supervised by Hermann Bollé. The Palace was completed in 1880, and in the same year on 22nd October, the initial Department Session was held.* In the same 1880, Zagreb had been struck by a grave earthquake that damaged the building considerably, and consequently postponed its take-over and official opening. On 9th November 1884, on the fourth anniversary of the earthquake, the Palace was solemnly presented to the Management of the Academy, and the Strossmayer Gallery was opened to the public. 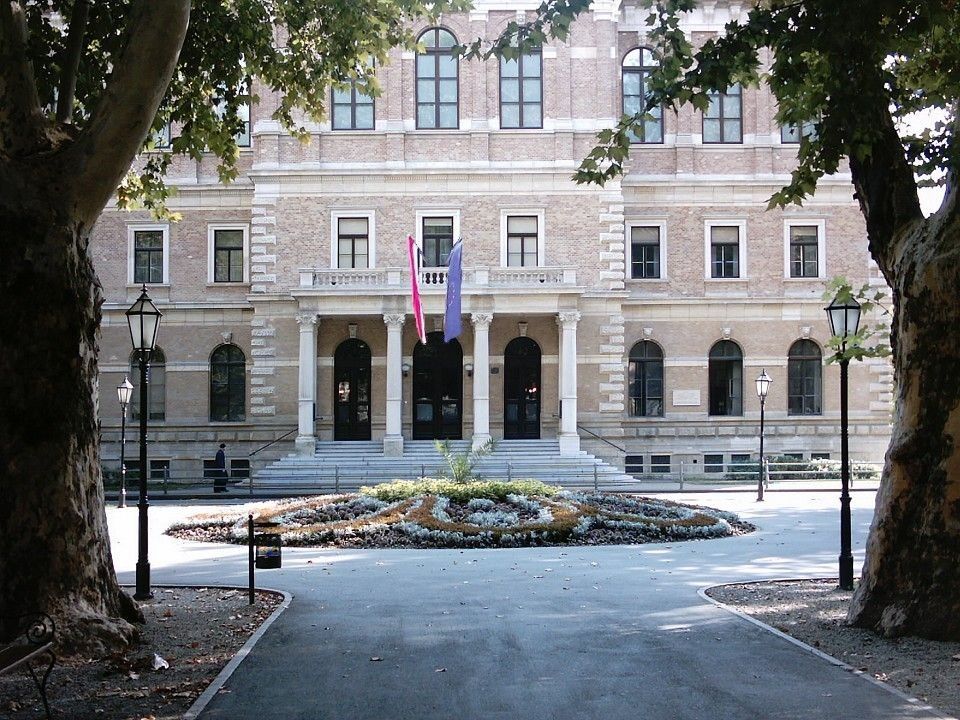 The present-day Academy Palace is the result of the later introduced modifications, both at the entrance front and in the interior. According to Schmidt’s project from 1877, the entrance stairs had been one-row and located between two pillars of the entrance porch. It corresponded with the central axis of the Zrinjevac promenade. In the interior, the line of movement proceeded to steep stairs, located along the axis of the building and leading toward the mezzanine, from where the stairs proceeded – leftward and rightward – to the first floor. Such regulation was created in order for the atrium, which housed the Archaeological Museum collection, to be isolated from the rest of the building. After the Archaeological Museum having been relocated to the Vraniczany-Hafner Palace, which has remained its seat until today, considerations regarding the elimination of the steep interior stairs started developing gradually. In 1947/1948, this intervention was finalised eventually; the architect Ivo Župan (Lovinac 1909 – Zagreb 2000) had carried out the adaptation of the stairs, both the exterior (to correspond to the width of the balcony and the entrance porch) and the interior (approaching the first floor from both sides) ones, whilst by introducing doors instead of the former side windows, the approach to the Academy had been made broader. By the opening of the atrium, the communication between the interior space of the Academy Palace and the exterior space of the Zrinjevac Park was finally established. In that period, the galleries on the first and the second floor as well as the stairs, the atrium and the entrance-hall had been lined by the Istrian stone, while the pillars in the atrium and the entrance-hall had been stone-faced. In 1982, the entrance stairs were broadened to correspond to the width of the gable at the façade of the Palace. The Palace in its entirety was restored and renovated in 2000; then, every dilapidated stone ornament and decorative element was replaced. 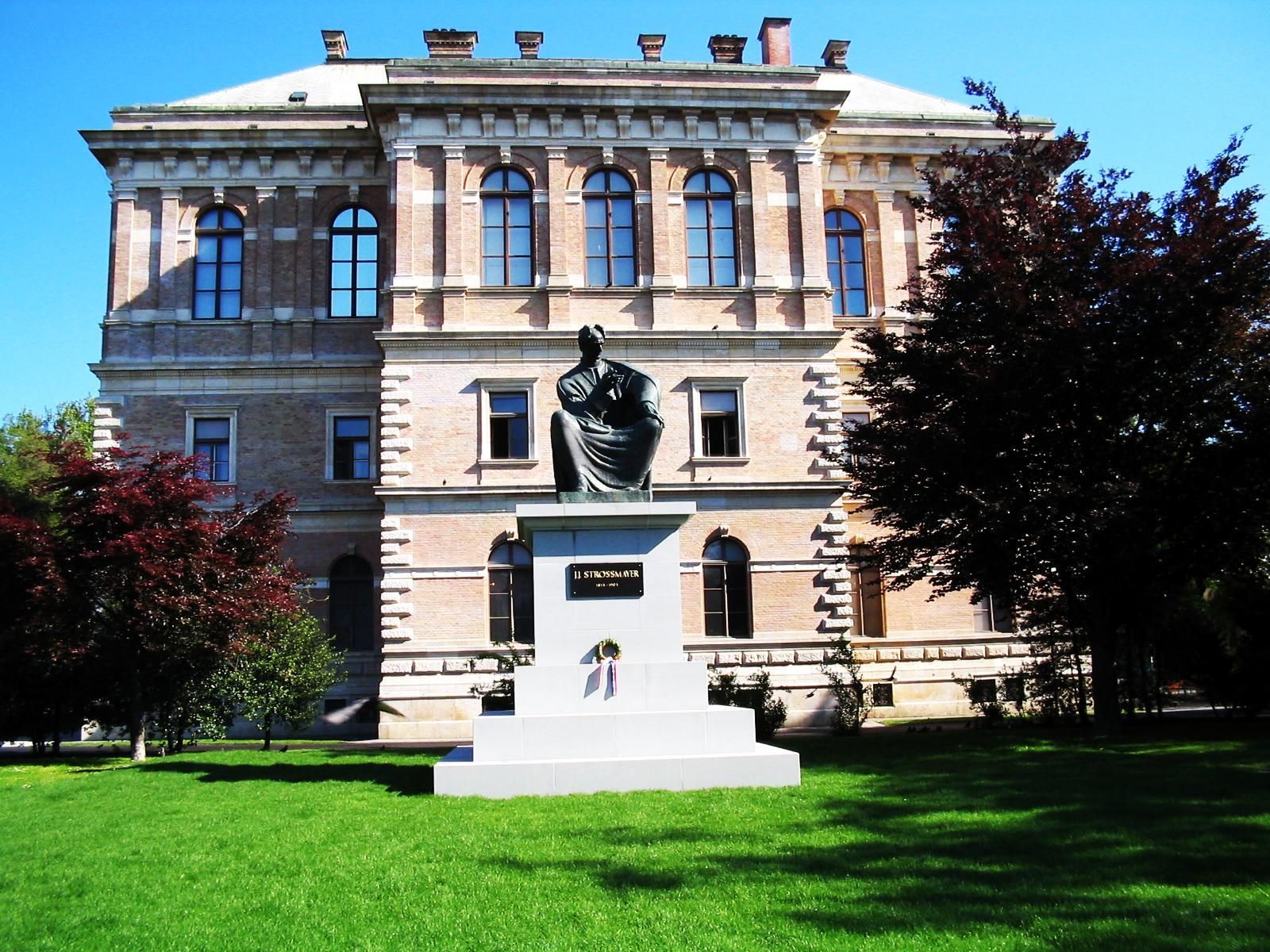