Institute for Scientific and Artistic Work in Osijek

By decision of the CASA Presidency, members of the Council of the Institute for Scientific and Artistic Work of the Croatian Academy of Sciences and Arts in Osijek were appointed for a term of four years starting from October 27,  2021:

This is the time when the movement of eminent intellectuals educated and beyond the borders of our country began with the aim of encouraging the economic development of the country based on modern scientific achievements.

In 1986, the name “Center” was changed to “Institute for Scientific Work”. As such, the Office fulfilled its purpose and welcomed the Homeland War from which it emerged, as well as the whole of eastern Croatia, devastated, but intellectually with its queen was ready to continue its work in free but destroyed Slavonia and Baranja, in free but stripped-down Osijek. At the beginning of the 21st century, more precisely since 1999, the Institute operates under the present name “Institute for Scientific and Artistic Work of the Croatian Academy of Sciences and Arts in Osijek”

Following the historical achievements since its inception, the goals of the Institute include positioning the Institute for Scientific and Artistic Work in Osijek as the leading Academy’s scientific research unit in Slavonia and Baranja, promoting cultural and historical heritage, prominent scientists and artists and their achievements, as well as inclusion in events of general social importance.

The Institute also encourages the connection of scientific research units of the Croatian Academy of Sciences and Arts in the region and throughout the Republic of Croatia on joint scientific projects and other forms of cooperation.

From its inception in 1974 to the present day, the Institute has an enviable scientific and professional activity, which is clearly presented by the chronology of the work of the Institute. 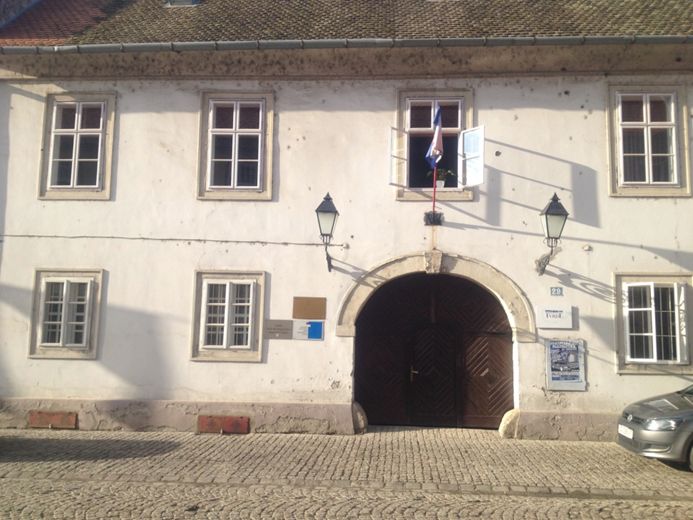