Croatian Museum of Medicine and Pharmacy

Marko Pećina, F.C.A. was appointed head of the Croatian Museum of Medicine and Pharmacy of the Croatian Academy of Sciences and Arts for a term of 4 years, starting on 29 April 2019.

The Croatian Museum of Medicine and Pharmacy was established with the aim of collecting, preserving, analysing and presenting Croatian medical and pharmaceutical heritage. It started operating in March 2015. The initial holdings include the History of Medicine and Pharmacy Collection of the Division for the History of Medical Sciences of the Croatian Academy. The Collection consists mainly of donations, and includes approximately 2,000 various items, around 6,000 books, 50 boxes with photographs, and many legacies (e.g. the legacy of the Croatian Pharmaceutical Society includes the collections of H. Brodjovin, M. Pharm.; Prof. Dr. J. Domac; the family of Eugen Viktor Feller; etc.; while medical legacies include the donations received from the following families: Dürrigl, Durst, Dogan, Špišić, Florschütz, etc). 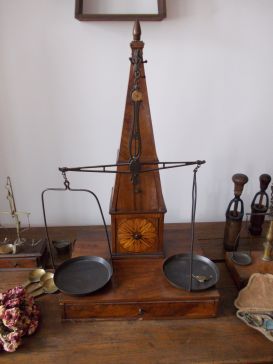 The Croatian Academy of Sciences and Arts has allocated for the Museum an area covering approximately 300 m³ on the ground floor of the building in Gundulićeva 24 in Zagreb. Preparations for the adaptation and conversion of the premises into the Museum are underway.

The Museum activities have been harmonised with the basic tasks and programme of the Croatian Academy of Sciences and Arts, in particular its Division for the History of Medical Sciences. The mission of the Museum is to document and promote Croatian biomedical sciences and practice in the national, European and global context, based on material and non-material heritage, and in cooperation with Croatian medical and pharmaceutical institutions and companies. By its mission, the Croatian Museum of Medicine and Pharmacy is unique in Croatia, since our medical and pharmaceutical heritage has so far been presented only fragmentary or within temporary exhibitions.

Both the permanent Museum holdings and temporary exhibitions will be intended for the widest audience – ranging from the academic community to pupils and students, as well as the general public of all age groups. 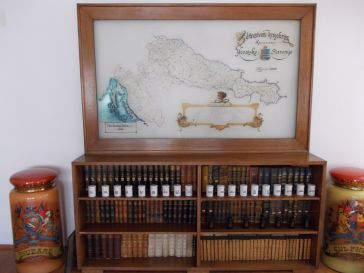