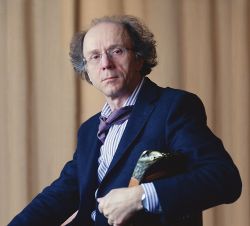 In his research, published papers and professional work his approach is interdisciplinary, which correlates with his interdisciplinary education. His professional, scientific and academic work interweaves urban planning, physical planning, landscape architecture, theory and history of art and architecture, and protection (conservation) of cultural heritage. He has contributed to university education through several new courses taught at graduate and postgraduate studies at the Faculty of Architecture and the Faculty of Forestry, University of Zagreb.

He has written (with Bojana Bojanić Obad Šćitaroci) seven books, two of which have been translated into English and German. He has published 200 papers, including hundred scientific research papers and fiftyish papers that have been published abroad. There are about 270 reviews of his books and work in journals, the print, on radio and television, fifty of which abroad. He is author/co-author of more than 200 professional projects – regional and town plans, studies and projects in the field of architecture and landscape architecture. A considerable number of his projects deal with cultural heritage – urban planning, building and landscape. In many of his media appearances (print, radio, television) he has promoted the preservation, renovation and revitalisation of cultural-historical heritage and sustainable physical and urban planning.

He has headed and reviewed scientific research projects in the field of landscape and urban heritage. As researcher, he has participated in scientific projects since 1986. He has headed four scientific projects on Faculty of Architecture University of Zagreb (2000-2018). He was editor-in-chief of the scholarly journal “Prostor” for architecture and town-planning (from 2001 to 2013; www.prostor.hr). He is editor of several books and proceedings from scientific and professional conferences.

He has mentored doctoral candidates, scientific trainees, graduating students and foreign scholarship students. He has supervised 11 successful Doctoral Theses and 6 Masters Degrees. He is currently supervisor of four dissertations. He was also advisor to 10 junior researchers. He has been a member of numerous doctoral and masters committees. He is teaching Module Heritage at the Postgraduate doctoral scientific study Architecture and Urbanism (from 2018).

As guest lecturer he has delivered lectures in Italy and Spain, and as scholarship holder of the Italian government he completed advanced scientific training in Rome. He attended the architecture seminar “Andrea Palladio” in Vicenza (Italy). He has actively collaborated in teaching courses at the Faculty of Architecture, Polytechnic University of Bari (he co-supervised seven graduates from Bari and supervised two Italian scholars after graduation).

He is a full member of the Academy of Engineering of Croatia (from 2005.). By the decision of the Government of the Republic of Croatia, he was appointed member of the State Physical Planning Council from 2004 to 2013. He was an authorised architect-planner and authorised landscape architect.

Fields of scientific and professional activities: