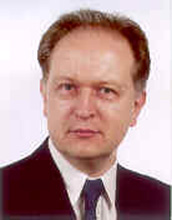 Born in 1952 in Zagreb. Graduated from the Zagreb Classical Grammar School in 1970. In 1978 graduated from the Faculty of Philosophy, Zagreb University, in Philosophy and Indology as majors, and in 1978 in Linguistics and Ancient Greek Philology as a parallel study.

In 1983 attained his Ph.D. in Philology with the thesis entitled Problems of Exegesis of the gvedic Hymns.

1978-1984 assistant lecturer in the Department of Linguistics and Oriental Studies of the Faculty of Philosophy in Zagreb. 1984 assistant professor. 1992 associate professor in the same department. 1998 full professor. 2003 profesor with tenure in the Department of Oriental Studies, now Department of Indology and Far Eastern Studies. Head of the Chair of Indology. In 2004. took care of the Chair of Sinology as well, and of the newly started free three-year study of Sinology.

As Head of Department in 1991-1995, established studies of Turkology and Hungarology and the Chair of Mathematical Linguistics.
Teaches Indian Philology: lectures and seminars in Sanskrit, Middle Indo-Aryan, Hindi, Ancient Indian Literature and in Old Iranian (Avestan). At the graduate level study of linguistics in Zagreb teaches the course Linguistics and Philology.

Since 1992 teaches Indian Philosophy in the undergratuate programme of Philosophy and Eastern Religions as part of the religious studies at the Faculty of Philosophy of the Jesuits in Zagreb.

Since 1995 first vice-president of the International Pan-European Union. In 1999. and 2004 reelected to that position. In January 1996 prepared the exhibition on history of Croatian art and culture in the European Parliament in Strasbourg. It was mounted later in Paris, Vienna, Cairo, Dresden, Berlin, Munich, Prague, Bratislava, Budapest, etc.

1996-1997 guest associate professor at Harvard University in the Department of Sanskrit and Indian Studies, where he spent his sabbatical as a Fulbright scholar. Lectured a comparative philological course scheduled as a subject for graduate students in Indology, Philosophy, Greek Philology, Religious Studies and Linguistics.

Published the books: The gvedic Hymns. Sources of Indian Culture and the Indo-European Heritage, Zagreb 1987; Thinking and the Word on the Being in the World (a collection of philosophical and philological studies), Zagreb 1989; The Mahābhārata (indological elaboration of a condensed translation), Zagreb 1989; Mediterranean and Central European Cultural Landscapes of Croatia (in collaboration with eminent scholars in archaeology, history of art and literature), CPEU, Zagreb 1996, gvedic Upaniṣads with original text and translation, introduction, commentary and analyses, MH, Zagreb 1999, Oriental Religions (in collaboration with Milka Jauk-Pinhak and Klara Gönc-Moačanin), Faculty of Philosophy, Zagreb 2001. Collaborates on the German translation of the Rigveda: Rig-Veda. Das heilige Wissen (Michael Witzel, Toshifumi Gotō, Eijirō Doyama, Mislav Ježić; Insel Verlag, Frankfurt a. Main / Leipzig, vol. I 2007)).  Over 80 scholarly articles published at home and abroad.

Member of the editorial board (Oriental and Indo-European Religions) of the Lexicon of Religions of the Lexicographical Institute (published 2002).
Member of the editorial board of the Proceedings of the Dubrovnik International Conference on the Sanskrit Epics and Puranas. Since 2002 its general editor.
Since 2001 general editor of the vols. IV and V of the edition Croatia and Europe published by the Croatian Academy of Sciences and Arts.

1995 awarded by the President of Republic with the Medal of “Danica Hrvatska” (Croatian Morning Star) with the image of Rogerius Boskovich for merits in scholarship. 2003 granted the National Award for Science (in the Humanities) for year 2003.