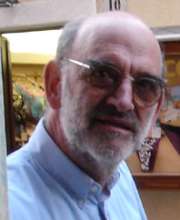 The two books brought him the annual Josip Andreis Award of the Composers’ Society of Croatia (1985, 1987). A DAAD research scholarship enabled his stay in West Berlin in 1983/1984, and the Alexander von Humboldt Foundation awarded him a scholarship for the academic year 1985/1986 in Freiburg i.B., where he was also visiting professor at the Musicological Seminar of the Albert Ludwig University.

He began to teach in 1981, when he became part-time assistant at the Department of Musicology and Musical Publications of the Music Academy of Zagreb University, in which he worked for thirty years (from 1998 as full professor with tenure). He was the Academy Assistant Dean (1991–1993) and spend two terms as Head of the Musicology Department (1998–1991, 1998–2004). He also taught outside Zagreb: at the post-graduate studies of information science at the Faculty of Organisation and Information Science of Zagreb University in Varaždin (1996–2001), as visiting professor at the Musicology Department of the Music Academy of Sarajevo University (1998–2011), and as teacher at the post-graduate Cultural Studies Department of the Faculty of Philosophy of Rijeka University (2005–2007).

Especially outstanding is his work connected with semiotic research: from 1994 he was member of the Executive Committee of the International Association for Semiotic Studies (IASS/AIS), from 1994 to 1996 he was vice-president of the Semiotics Section of the Croatian Association of Social and Humanistic Sciences, from 1996 to 1999 he was member of the Central Board of the Croatian Semiotic Society. With Vladimir Biti, Nenad Ivić, Hrvoje Turković and Josip Užarević, he headed Signs of History in Croatia, a research workshop organised by the Croatian Semiotic Society (1995–1998). From 1998 to 2001 he was in the Management Committee of the Croatian Humboldt Holders Club.

His rich bibliography includes cooperation with the music encyclopaedias, New Grove’s Dictionary of Music and Musicians (from 1997), Musik in Geschichte und Gegenwart (from 1998) and the Croatian Encyclopaedia (1998–2004), many translations of academic works from foreign languages, among them books by Charles Rosen (Arnold Schönberg, 2003) and Hermann Danuser (Glazba 20. stoljeća /Twentieth-Century Music/, 2007). He was on the editorial board of many periodicals: Zvuk (1989–1990), International Review of Aesthetics and Sociology of Music (from 1992), Arti musices (1992–1996), Muzika (from 2002), and in 1993 he joined the editorial council of the periodical MusikTexte.

His work has been richly awarded: Knight of the Order of Arts and Letters of the French Ministry of Culture (1992), Order of Danica Hrvatska with the Face of Marko Marulić (1997) and the Croatian discography Porin Prize for commentary on the compact disc Zagreb 900 (1994) and for Anđelko Klobučar’s CD (2012). In 2006 he was awarded the Plaque of the Music Academy in Sarajevo for contribution to the development of the Music Academy and the art, science and teaching of music in Bosnia and Herzegovina. He is also recipient of the Seven Secretaries of SKOJ Award for musical reviews (1969). In 2006 he became honorary member of the Croatian Association of Music Theorists.