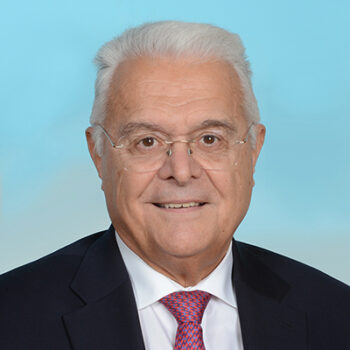 Jakša Barbić was born on December 12, 1936 in Zagreb. Graduated from the Faculty of Law, University of Zagreb, on January 30, 1960. From 1961 to 1963 he worked at the Kotar Court in Jastrebarsko, the District Court in Zagreb and the Higher Economic Court of Croatia in Zagreb as a court trainee. He passed the court exam in 1963 and was subsequently employed as a court clerk at the Municipal Court I in Zagreb at work at the Higher Court of Economy of Croatia. Passed the notarial exam. He worked at the Faculty of Law, University of Zagreb, from 1 August 1963 until his retirement on 30 September 2007 as an assistant professor, assistant professor, associate professor, from 28 February 1981 as a full professor and full professor in permanent employment in the subjects Economic Law and International Trade Law now Commercial and Company Law. Doctorate in 1973 from that faculty with a doctoral dissertation entitled “Consulting Engineering Contract”. He teaches postgraduate studies in commercial and corporate law at the Faculty of Law in Zagreb and has also taught at other postgraduate studies at law schools in Zagreb, Split, Ljubljana, Maribor, Skopje, Novi Sad and Belgrade, and at the Faculty of Economics in Zagreb. He held increasingly important positions at the Faculty: in the academic years 1975/76 and 1976/77 he was vice-dean, from 1981 to 1984 president of the Council, first elected dean of the Faculty of Academic Years 1993/94 and 1994/95 and the second time for the academic years 1995/96 and 1996/97 for which he was a member of the Senate of the University of Zagreb. Led postgraduate studies in economic law, now commercial and corporate law at the Faculty from 1 January 1985 until his retirement in 2007. From 1981 he was head of the Department of Commercial, formerly economic, now commercial and corporate law. He was head of an institute at the Faculty. In the Croatian legal system and in legal teaching introduced company law as a special branch of law. He was elected as a member of the HAZU associate in 2002 and as a full member in 2004. From 2011 to 2018, he was vice-president of the HAZU and from 2019 he was a member of the HAZU Presidency.

As the initiator of the establishment, the President of the Scientific Council for State Administration, Justice and The Rule of Law initiated the holding of roundtables and the publication of books, establishing the publishing series Modernization of Law, which he is editor-in-chief, editing 49 of the books published so far. In 14 years, 55 roundtables have been held and 54 books have been published on the most current topics in the field of law or in connection with it, in which our leading scientists and practitioners have presented numerous analyses and proposals to improve the legal system. In particular, a unique mini-series of 10 books Legal Environmental Protection should be highlighted in which environmental legal issues (protection of forests, soil, water, sea, air, space, waste management, administrative, civil and criminal justice environmental protection) have been fully addressed for the first time.