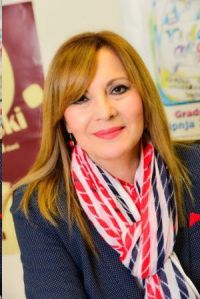 Professor Silvana Vranić, PhD, was born in Rijeka in 1961.
She won the Josip Juraj Strossmayer award for humanities in 2006 for her book Čakavski ekavski dijalekt: sustav i podsustavi and the Annual award of the Kostrena municipality in 2006.
She was elected an associate member of the Academy on 12th May 2012.