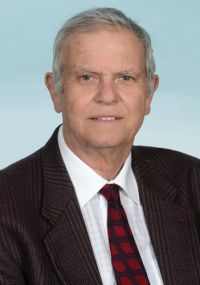 The activity is divided into the basic research of numerical methods for static and dynamic analysis of structures, and the applied research for ship and offshore structures wave load and response. This includes:

Based on the established theories the following computer programs have been developed:

Together with his collaborators he has performed over 100 commission works for the Croatian shipyards and some foreign clients on submarine structure design, LPG cargo tank design, strength of ships and offshore structures, ship and engine vibration, ship launching etc. Some of the most interesting problems are listed as follows:

He was the Head of the Department of Naval Architecture, and at present he is at the Section of Ship Structure Design.
As a Professor of Naval Architecture he has taught many undergraduate and post-graduate courses related to the plate and shell theory, submarine structure design, strength and vibration of ships and offshore structures, dynamics of ships and floating units.
For educational purposes he has issued five text books on plate and shell theory, finite element method and ship vibration.
He was advisor and supervisor for 68 diploma degree holders (B.Eng.), 19 postgraduate students (M.Sc.) and 7 doctoral theses (Ph.D.) in the field of naval architecture and mechanical engineering.