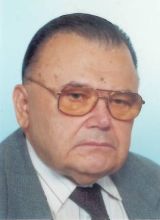 some hundred theoretical essays on Anglo-American theater and literature, poetry, short stories, and radio plays by English and American writers.