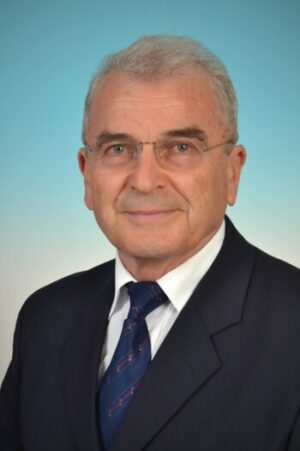 Goran Pichler, scientific advisor permanently employed at the Institute of Physics in Zagreb, was born in Zagreb in 1946. He graduated and received his master’s degree in physics from the Faculty of Science in Zagreb, and his Doctorate from the University of Kiel with topics in atomic and molecular physics. He was Director of the Institute of Physics in Zagreb and Head of the Department of Ionized Gas Physics. He was also leader of several international (USA, Germany, Austria) and domestic projects, achieving recognisable scientific achievements in femtosecond laser research and the creation and detection of ultracold molecules. He is member of the American Physical Society (member since 2000; enrolled in a peak of 0.5% of members), the English Institute of Physics, the European Society of Physics, the German Society for Physics, and the Croatian Physical Society (which he presided over for two terms). Professor Pichler was also member of several committees of international and domestic scientific conferences. He achieved fruitful international cooperation (von Humboldt fellow, repeatedly as visiting professor). He performed undergraduate and postgraduate classes at the Faculty of Science in Zagreb.
He mentored 25 master’s and doctoral dissertations. He gave 40 invited lectures at top-level meetings. He is reviewer of several scientific journals. He won the National Science Award of the Republic of Croatia. He published 160 scientific papers with about 1900 citations in highly recognised international journals.
Goran Pichler, F.C.A., has proven himself as a leading scientist in laser, atomic and molecular physics in Croatia. He is very active in the academic environment, has given a series of lectures in the associations of physicists, cooperates with the Department of Education, participates in seminars and other forms of training of physics teachers.