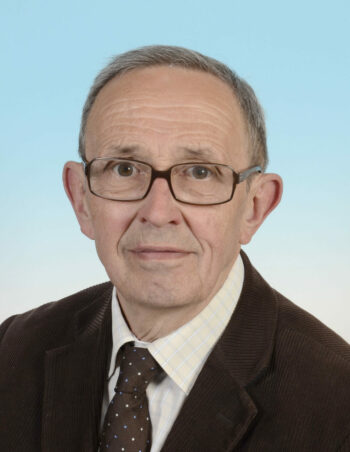 Nikola Ljubešić was born on May 18, 1940, in Komarevo near Sisak. He attended elementary school in Cepelište and Petrinja and has completed gymnasium in Sisak. He enrolled the study of biology at the Faculty of Science of University of Zagreb and obtained a BSc Degree in 1964. At the same Faculty, he enrolled postgraduate study of biology in the field of experimental biology. In 1966, he earned his MSc Degree and, in 1971, he defended his PhD thesis. In 1964, Professor Ljubešić joined the Laboratory for Electron Microscopy at the Ruđer Bošković Institute (RBI) where he spent his entire carrier. In 1974, he acquired the title of research associate and extended his carrier path by becoming higher research associate in 1980, followed by the title of senior scientist in 2001.

Over the years, he carried out a number of duties on RBI: he was the Head of the Laboratory for Electron Microscopy, and served, in several mandates, as the Head of the Division of Organic Chemistry and Biochemistry, and afterwards of the Division of Molecular Genetics. Also, for a number of years he was appointed a member of the RBI′s Executive Board. In the year 1973, and again from 1986 till 1988, Professor Ljubešić attended scientific specialization in the laboratory of Prof. Eberhardt Schnepf at the Department for Cellular Biology (Lehrstuhl für Zellenlehre), University of Heidelberg, Germany.

For his professional achievements and endeavors in popularization of science Professor Ljubešić received several awards. In 1986 he was awarded the “Narodna tehnika” Republic′s Prize. For his dedicated work on investigations of plastids, he won in 1998, together with Professor Mercedes Wrischer, the Croatian Academy of Sciences and Arts (HAZU) Prize. In 2005, Professor Ljubešić received the Annual State Prize for Popularization and Promotion of Science (in the field of natural sciences). In 2006, he was elected for an associate member of Croatian Academy of Sciences and Arts, and in 2016 was elected as a full member of the CASA in Department of Natural Sciences.