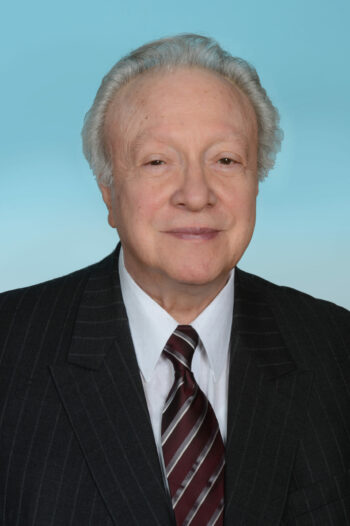 Pavle Dešpalj, the conductor and composer was born on 18 June 1934 in Blato on the island of Korčula; graduated from secondary school in Zadar in 1952; and earned a degree in composition at the Music Academy of the University of Zagreb under Prof. Stjepan Šulek in 1960.
In Zadar in 1961, he founded the Zadar Chamber Orchestra and the festival called the Musical Evenings at St. Donatus. From 1962 to 1967, he was the chief conductor of the Zagreb Television and Broadcast Symphony Orchestra. He became the conductor of the Florida Symphony Orchestra and the Opera in Orlando, Florida in 1968, and served as the musical director from 1970 to 1981. From 1981 to 1986, he was the chief conductor of the Zagreb Philharmonic. From 1981 to 1983, he was also the music director of the Dubrovnik Summer Festival. From 1987 to 1995, he was full professor in conducting at the Music Academy in Zagreb. From 1995 to 1998, he was conductor of the Tokyo Geidai Philharmonic and professor at the Tokyo National University of Fine Arts. Since 1998 till 2012, he has been the chief conductor of the Croatian Chamber Orchestra. Between 2000 and 2009, he was the chief conductor of the Split Chamber Orchestra. He is furthermore guest conductor of distinguished Croatian orchestras, as well as of the Opera and the Ballet of the Croatian National Theatre. In the year 2010, he became the artistic leader and conductor of the Mozartinas – the Sunday matinees of the Slovenian Television and Broadcast Symphony Orchestra. Season 2011/2012, Mo. Dešpalj was again appointed chief conductor of the Croatian Radio and Television Symphonic Orchestra.
Mo. Dešpalj has led Zagreb orchestras on numerous concert tours through nearly all the European countries, as well as in America and the Far East. He has been guest conductor of symphony orchestras such as the London Royal Philharmonic, the Pittsburgh Symphony, the Chicago Grant Park Festival Symphony, the Russian State Symphony, the Novosibirsk Philharmonic, the Tokyo Philharmonic, the Tokyo Symphony, opera houses in Tokyo and Yokohama, as well as prestigious symphony orchestras in Luxembourg, Toulouse, Milan, Frankfurt, Bratislava, Salzburg, Budapest, Bucharest and Moscow.
Pavle Dešpalj has made recordings for Croatia Records and Cantus (Zagreb), Opus (Bratislava), the Croatian and Slovenian Broadcasts, as well as for Hessischer Rundfunk (Frankfurt).
The most frequently performed and recorded of Mo. Dešpalj’s compositions are the following: the Passacaglia and Fugue for Piano and Strings (published by the Music Information Centre – MIC); Three Coral Preludes for Chamber Orchestra (published by the Croatian Composers’ Society – HDS Ars Croatica); Variations for Orchestra (published by MIC); Concerto for Violin and Orchestra (published by MIC); Concerto for Alto Saxophone and Strings (published by HDS Ars Croatica, the Southern Music Company [USA] and the Split Philharmonic Society); Concerto for Cello and Strings (published by HDS Ars Croatica); Two Violin Caprices [published by HDS Ars Croatica]; and Festive Parade for Horns and Orchestra (published by the Croatian Academy of Sciences and Arts).   Pavle Dešpalj was – throughout his career – recipient of numerous awards, as follows: the City of Zagreb Award (1965); the Award of the Council of the Arts and Sciences for Central Florida (1978); the Milka Trnina Award (1980); the Josip Štolcer Slavenski Award (1990); the Vladimir Nazor Award (1992); the Orlando Award (1993 and 2006); the Medal of the City of Varažin (1997 and 2014); the Ivan Lukačić Award (1999); the Ministry of Culture of the Republic of Croatia Award (2002); the Golden Bell Award (2004); the Judita Award (2005); the Lovro pl. Matačić Award (2012). Mo. Dešpalj received special recognition from the Ministry of Culture of the Republic of Croatia in 1994, and was decorated by the President of the Republic of Croatia with the Order of the Croatian Star with the Effigy of Marko Marulić in 1996. Furthermore, he was awarded the discography award Porin in the following years: 1997, 2002, 2005 (twice), 2009, 2014, and 2017 (twice). Mo. Dešpalj also received several lifetime achievement awards: the Vladimir Nazor Lifetime Achievement Award in 2005; the City of Zadar Lifetime Achievement Award in 2006; and Porin for Life Achievement in 2010.