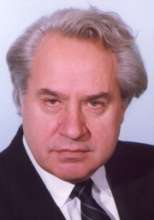 Having finished his studies at the Faculty of Law in Sarajevo, he lectured Comparative Government and Public Inter­national Law at the Faculty of Political Sciences of the Sarajevo Univer­sity between 1969 and 1981. In 1981, he moved to Croatia.

Between 1979 and 1991, he organized three-week courses in Inter­national Law and International Relations at the Inter-University Centre in Dubrovnik, each year alternately in English and French.

In 1984, he was professeur associé to l’Université du Maine (Le Mans); and in 1990 and 1993 profes­seur invité to: l’Université de Nan­terre (Paris XIII) and l’Université Panthéon-Assas (Paris II).

In 1988 and 1992, he lectured at the Helsinki Summer School of Inter­national Law.

In 2008 he presented postgraduate courses on various topics of inter­national law at the Silk Road Institute of International Law, Xi’an Jiaotong University in China.

In 2009, with a series of lectures during six weeks, he took part in the “Advanced Studies in International Law” in Wuhan (China) in the capacity of Expert in Residence of the Wuhan University Institute of International Law.

He occasionally lectured at the Asser Instituut (The Hague), Leiden, and Tilburg Universities, as well as at various univer­sities in the former Yugoslavia.

In 1983 he was elected associé, and since 1989 he has been full member of the Insti­tute of International Law.

Between 1991 and 1995, he was a Croatian member at the Expert Groups on Human and Mino­rity Rights, and on State Succession at the International Con­ference on the Former Yugoslavia. Between 1996 and 2001, he was a Member of the Croa­tian dele­gation in the nego­tiations on Succession is­sues of the former Yugos­lavia.

Decorations: by the French Republic, dans l’Ordre des Palmes Acadé­miques cheva­lier in 1988; officier in 1997; comma­ndeur in 2004.